The European Heritage Awards / Europa Nostra Awards are Europe’s highest honour in the heritage field. The Awards recognise the best conservation projects, the most impressive research; the most dedicated heritage professionals and volunteers; and the finest awareness raising, training and educational programmes.

Architects, craftsmen, cultural heritage experts, professionals and volunteers, public and private institutions, and local communities: this is your chance to win the top heritage award in Europe!

Up to 30 remarkable heritage achievements from all over Europe will be awarded. Of those, 7 laureates will receive a Grand Prix and €10,000 each; one will be granted the Public Choice Award, chosen through an online poll conducted by Europa Nostra, the leading European heritage network.

Submit your project and share your success across Europe! 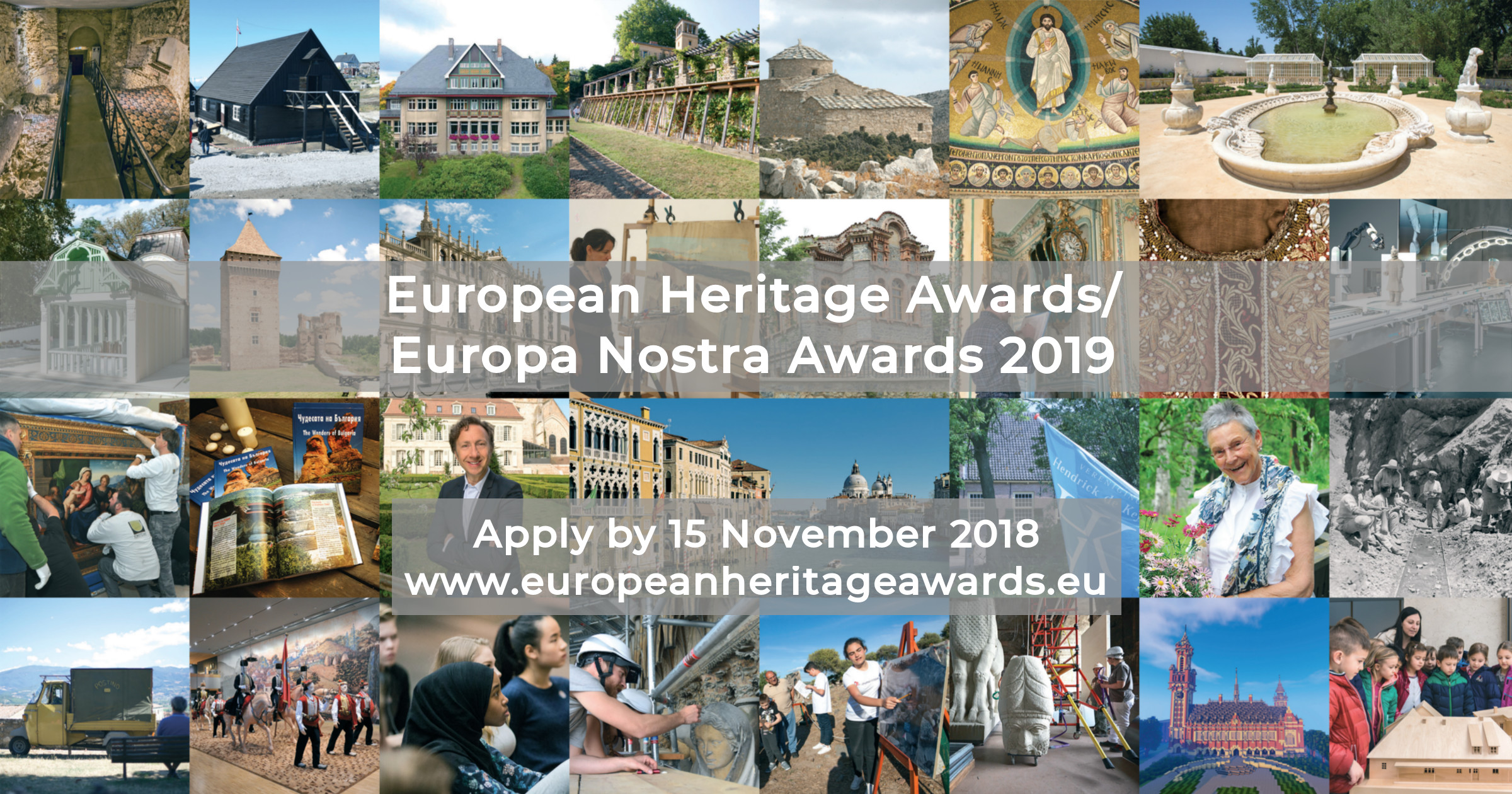 The continuation of the partnership with the European Commission for the next three years is subject to a positive EC decision by October 2018, following the Call for Proposals EAC/S48/2017.